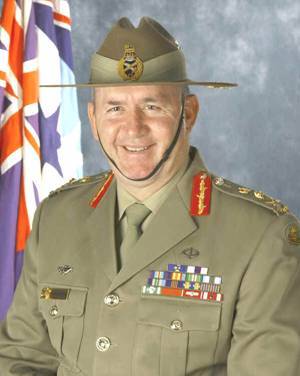 Zwar ein definitver Hoax – aber lustig: For those that don’t know him, Major General Peter Cosgrove is an Australian treasure

General Cosgrove was interviewed on the radio recently.
You’ll love his reply to the lady who interviewed him concerning guns
and children. Regardless of how you feel about gun laws you gotta love
this! This is one of the best comeback lines of all time. It is a
portion of an ABC interview between a female broadcaster and General
Cosgrove who was about to sponsor a Boy Scout Troop visiting his
military headquarters.

FEMALE INTERVIEWER:
So, General Cosgrove, what things are you going to teach these young boys when they visit your base?

GENERAL COSGROVE:
I don’t see why, they’ll be properly supervised on the rifle range.

FEMALE INTERVIEWER:
Don’t you admit that this is a terribly dangerous activity to be teaching children?

GENERAL COSGROVE:
I don’t see how. We will be teaching them proper rifle discipline before they even touch a firearm.!

FEMALE INTERVIEWER:
But you’re equipping them to become violent killers.

GENERAL COSGROVE:
Well, Ma’am, you’re equipped to be a prostitute, but you’re not one, are you?

The radio went silent and the interview ended.

One Thought on “Major General Peter Cosgrove about gun control”